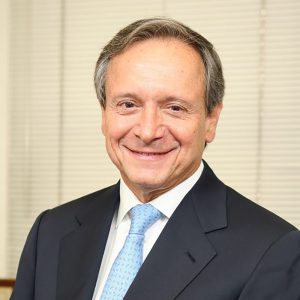 Albert Levy, MD, has been in private practice in Manhattan since 1986 and is certified by the American Board of Family Practice. Dr. Levy received his MD from the Federal University of Rio De Janeiro, Brazil. He came to the United States to complete a residency in General Surgery at Maimonides Medical Center and a residency in Family Medicine at Downstate Medical Center in Brooklyn, New York. Dr Levy has trained in many areas of medicine, including geriatrics, pediatrics, adult medicine, gynecology, obstetrics, general surgery, psychiatry and psychoanalysis. He has also studied and trained in some alternative therapies that he believes can help towards prevention and healing. He holds a Diploma in Clinical Homeopathy from the CEDH (Center for Education and Development of Homeopathy). He is a Fellow of the American Academy of Family Physicians (FAAFP), the New York Academy of Medicine and the Royal Society of Medicine (UK). He is also a member of the American Medical Association, New York Academy of Sciences, and the American Society of Psychoanalytic Physicians Dr Levy has admitting privileges at Mount Sinai Hospital, Lenox Hill Hospital, Mount Sinai Beth Israel Hospital, Mount Sinai St Luke’s and Mount Sinai West (formerly known as Roosevelt Hospital Center). He holds academic appointments at the Mount Sinai School of Medicine, New York Medical College and Albert Einstein College of Medicine, and rotations are available in the practice for medical students from these colleges. Dr. Levy also lectures at various medical conferences in the United States and abroad. Dr Levy is a private, fee-for-service provider taking time to talk with and listen to his patients at every visit. For several consecutive years, Dr Levy has featured on the list of Top Doctors in the United States and in New York, as well as appearing in Who’s Who in America and Who’s Who in The World.